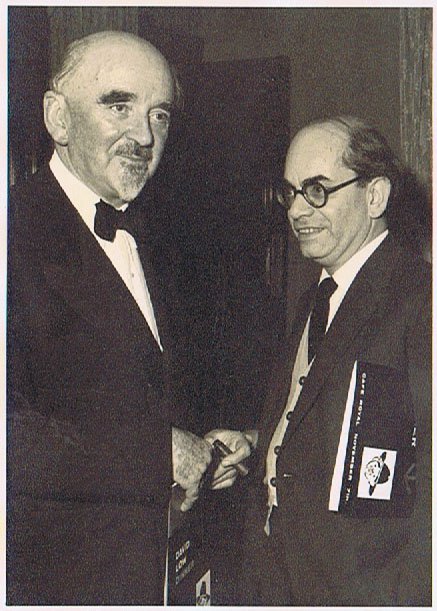 Less than a week after the David Low Exhibition opened in Westminster Hall in the Spring of 2002, Anthony Howard reviewed it in his column in The Times. Although Mr Howard called the exhibition A first-class show put on in one of London s most splendid settings, he believed that the title of the 20th Century's greatest cartoonist really belonged to Vicky. Nick Garland later that week supported this view on Radio 4. It is obviously difficult to quantify who was the greatest cartoonist; it could even be deemed childish to try and do so. However, although I believe that Vicky was a great cartoonist, I feel that Low has the strongest claim to the title of greatest cartoonist of the 20th Century.

According to Vicky's editor of the News Chronicle, James Cameron, Vicky s style was "clearly under the total domination of David Low". Michael Foot, who knew and admired Vicky, recently told journalist Gerald Isaaman "that although Vicky was one of the finest, Low was the very best of the century".

Low was more successful in creating symbolic allusions than Vicky, or in my view, any other cartoonist before or since. Michael Foot believed Low s Two-Headed Ass directly contributed to Lloyd George s downfall in 1922. His second great symbol, Colonel Blimp, gained an entry into the English dictionary. The success of Blimp even led to Churchill trying to get the motion picture based on him banned during the war. The TUC carthorse similarly became the accepted representation. Vicky s only successful creation, Supermac, backfired on him when it became an asset for Harold Macmillan during the 1959 general election campaign. David Low also broke new ground and increased respect for political cartooning in Britain. His initial fight with the owners of the Star over space for his drawings in the 1920s had led to a decisive climb-down by the latter. Low was well aware of the impact he was having as far as space for newspaper cartoons were concerned:

It was then the custom for cartoons to occupy a double-column space, and I had to start a one-man revolution to get them moving to such an effect that I got half a page in the Evening Standard.

It was to prove an important victory for both Low and political cartoonists in general. The Daily Express cartoonist, Sidney Strube, claimed it was Low who had won for the cartoonist what they had always wanted – space:

"I would like to say that cartoonists in this country owe a great deal of gratitude to my friend, Mr. Low, who was the pioneer of the half-page cartoon. Without his fight for space, I doubt very much whether I should have increased my cartoon from a paltry three to the four columns of today."

"Low was the first cartoonist to gain a contract that gave complete freedom in the selection and treatment of subject matter. By doing so, he blazed a trail that cartoonists like Vicky later benefited from. Low not only influenced his contempories, many of who plagiarised his imagery and style, but also future generations of cartoonists. Whilst in regard to style, Vicky seems to have only had a major influence on Nick Garland. Low is recognised to have been at the top of his profession from the early 1920s to the 1950s. He warned of the dangers of Hitler and Mussolini far earlier and more comprehensively than any other cartoonist or politician for that matter. It wasn't until the early 1960s that Vicky received the same acclaim that Low had, and even then his proprietor at the Evening Standard, Lord Beaverbrook wanted to replace him with the Canadian cartoonist, Duncan Macpherson of the Toronto Star. It was only Macpherson s refusal of Beaverbrook s offer that stopped Vicky from being fired. I leave the last word on this subject to my local constituency MP, Sir Sydney Chapman, " who wrote to me a week after the exhibition opened:

"I have always greatly admired Low and remember, in particular, his "Supermac" cartoon!"