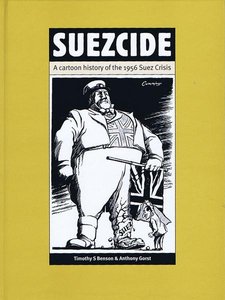 On 26 July 1956, Nasser announced the nationalisation of the Suez Canal Company. This created an international diplomatic crisis that culminated in a disastrous military adventure by Britain and France in association with Israel. It ended in a humiliating ceasefire in response to widespread international condemnation. The damage to Britain’s international standing was reflected at home by the resignation of Anthony Eden. Such dramatic events were reflected with in the British political press not only on the news and editorial pages but also through the work of cartoonists. This book documents the history of the Suez Crisis through cartoons from the UK and around the world.