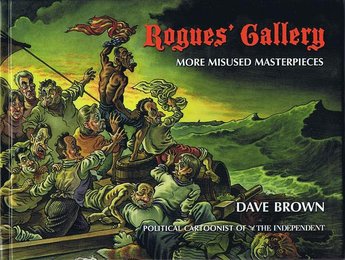 Would the Recession have riled Rembrandt, or the Bailout bewildered Blake? Would a modern Michelangelo still have faith in Creationism? Dave Brown again channels the spirits of the Old Masters as they guide his paintbrush across the broad canvas of 21s century politics. Through the medium of cartoon Goya gets to grips with Gordon while Van Gogh hurls his old shoes at George Dubya. In this second collection from his long running series in The Independent, Dave saves for the nation 76 Masterpieces, in full colour, of the satirist s art, including Diana and Actaeon, and all for less than one two millionth of the cost of Titian s original. Rogues Gallery II may possibly send Stubbs and Seurat spinning in their graves, but hopefully it will simply leave the reader rolling with laughter.