Low and the Dictators by Timothy S. Benson 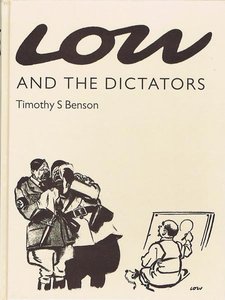 Low and the Dictators by Timothy S. Benson

Sir David Low (1891 – 1963) is considered the greatest political cartoonist in newspaper history. Low not only influenced his contemporaries, but also the generations of cartoonists that followed him. This book, featuring ALL NEW Low material, covers the rise and fall of the Dictators Adolf Hitler and Benito Mussolini. Also included are cartoons that were refused publication or were altered by the Evening Standard editor after pressure from the Chamberlain Government, which considered Low’s work during the late 1930s as damaging to Anglo-German relations. Low’s contentious cartoon strips ‘Hit and Muss’ and ‘Muzzler’, which appeared weekly in his Saturday full-page Topical Budget cartoon, are also reproduced in this book in their entirety.