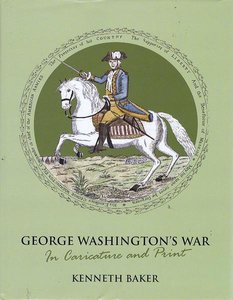 This was the 5 year war that made America a nation. Indeed President Barack Obama referred to it in his Inaugural Address; and every American child is steeped in its history. But all too often the fog of myth shrouds the reality from all sides of the conflict. In these pages, the path to war is starkly documented by British caricatures of politicians and generals, for the most part favourable to the Colonists. For George III, Lord North and Britain the war itself was a disaster, but one which need not have happened. The problem of coping with a country 5,000 miles away with a tradition of representative government, a free press and a spirit of independence were just too much. But they, together with Generals Howe, Burgoyne, Cornwallis and others, were mercilessly lampooned. Washington, the hero, is spared, although there are surprising and dark elements to the American victory illustrated here. Kenneth Baker has used contemporary material. He has drawn upon his own experiences of high politics, and his personal collection of caricatures, as well as the libraries and historical societies of the East Coast. These provide vivid and memorable images made at the very time that the Americans and French were fighting the British and Germans on their road to victory.