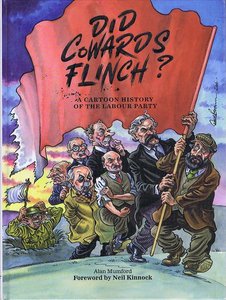 A cartoon history of the Labour Party by Alan Mumford

This collection of cartoons covers the highlights - and the lowlights - of the History of the Labour Party. Introductory chapters review the context in which political cartoons appear, in terms of the ownership of newspapers and their attitude to the Labour Party. The relationship between cartoonists and the newspapers in which they appeared, and specifically their own political views are reviewed. Each stage in the evolution of the Labour Party is given an introduction in the text, followed by the cartoons for each period. In addition two chapters highlight major figures not otherwise emphasised in the text. This fascinating collection, including work by Low, Dyson, Vicky, Steve Bell and Peter Brookes, enables readers not only to see the changing depictions of issues and personalities, but also brings out common features in the changing focus of the Labour Party.