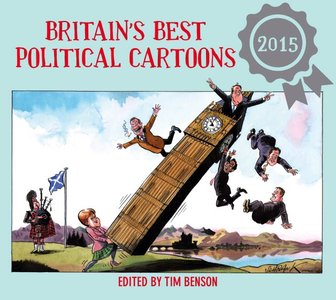 Britain's Best Political Cartoons 2015 is a compelling, razor-sharp and frequently hilarious collection of almost 200 of the year's most acerbic and insightful political cartoons.

All the highs and lows of the past year are covered: from major international events (the conflicts in the Middle East, Greece's continuing crisis, the FIFA corruption scandal), to more local issues (such as the Scottish Independence vote, the fluctuating fortunes of UKIP and, of course, the 2015 General Election) – not to mention the offbeat and bizarre (Boris Johnson's hair, Ed Miliband's taste in sandwiches).