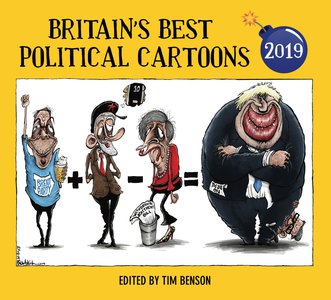 SIGNED BY THE EDITOR

If you thought that last year was a bit much, then just wait until you hear what politics is in store for 2019: Brexit (obviously!), general elections (possibly?), Kremlin bots (allegedly), border walls (supposedly), and much (perhaps too much) more. In Britain’s Best Political Cartoons 2019, our finest satirists offer their takes on everything from Brexit confusion to Russian collusion, offering a hilarious tour through a tumultuous twelve months.