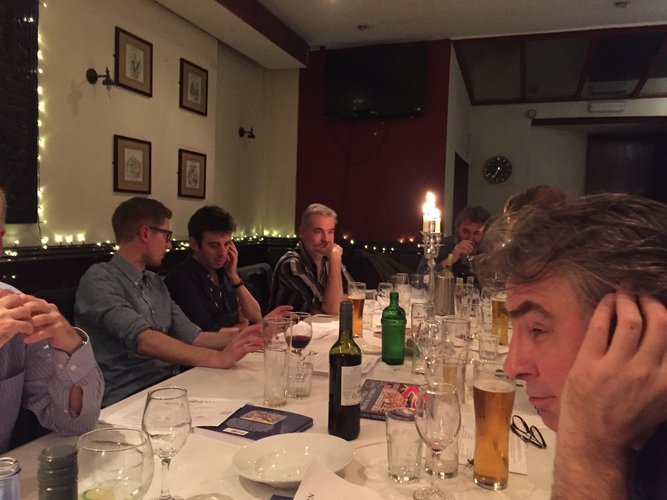 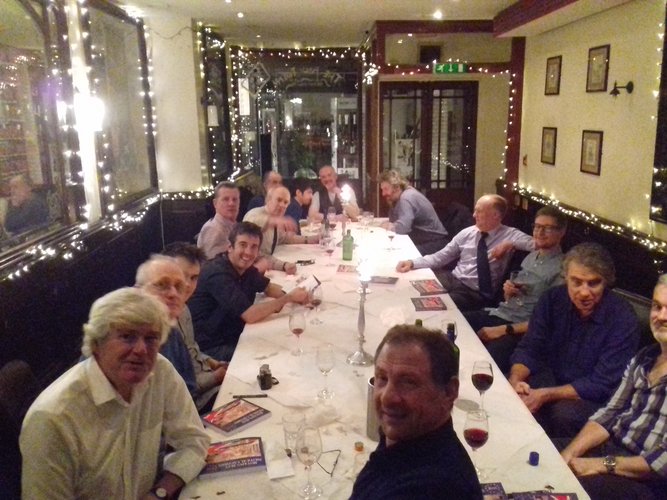 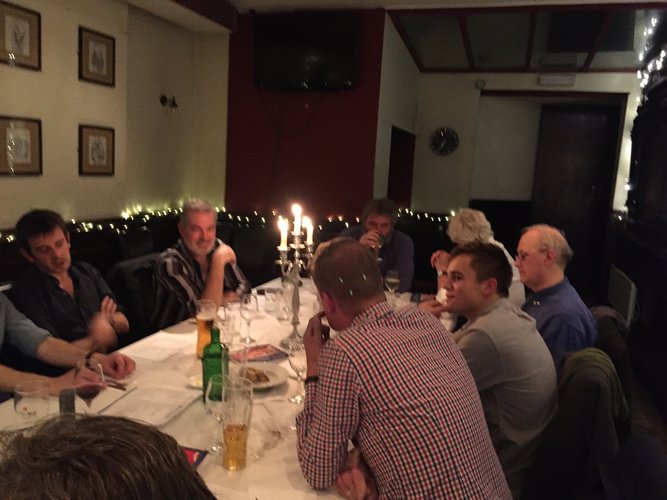 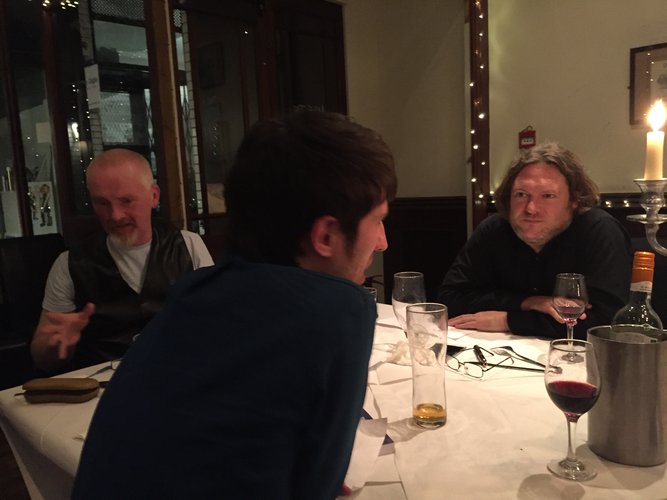 A dinner for the cartoonists who contributed to this year's Best of Britain's political cartoons was held at an exclusive restaurant in Chelsea. The book features all our best cartoonists including Steve Bell Peter Brookes Dave Brown Martin Rowson Christian Adams Chris Riddell Peter Schrank and so many others. It has more cartoons in it than last year and the essay focuses on cartoonists and general elections.