Blog > General > Over The Top: a cartoon history of Australia at war

Over The Top: a cartoon history of Australia at war 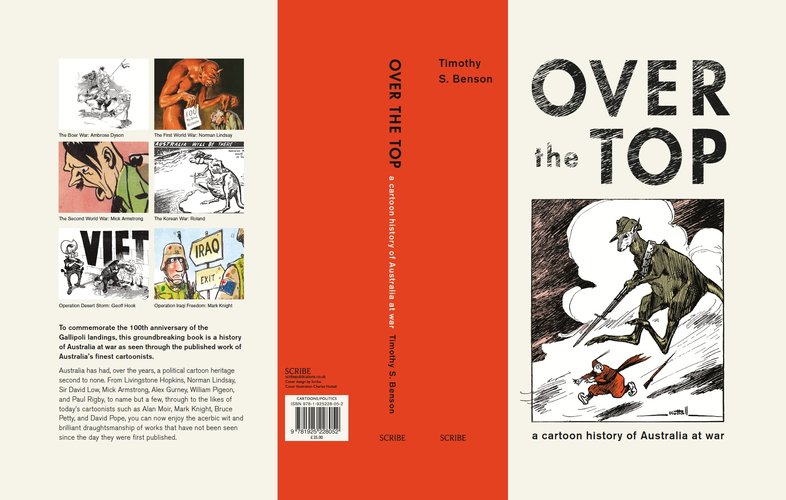 OVER THE TOP A cartoon history of Australia At War, which covers the Boer War all the way through to the present conflict in Afghanistan was published to commemorate the hundredth anniversary of Gallipoli. It is fully illustrated with all the best work from Australia's leading cartoonists through the ages. The book includes work by Hop, Norman Lindsay, Ambrose Dyson, Charles Nuttall, David Low, Alex Gurney, Stan Cross, Bill Mahony, Paul Rigby, Hal Eyre Jr, Ted Scorfield, Bruce Petty, Alan Moir, David Pope and many many more great Australian cartoonists. I can proudly say, it is the best survey of Australian cartoons ever published. Although looking at what has come before, this was not difficult. The book is presently for sale in Australian bookshops but will be available in the UK from September. Signed copies will be on sale at the Political Cartoon Gallery and Cafe in Putney.